Recently the news of the streaming giant Netflix recording a 200k subscribers’ loss in the first quarter of 2022 hit the public, and it caused a storm of opinions and forecasts for the future of the company.

Along with the drop in subscribers, Netflix’s stock fell 35%, revealing the uneasiness of shareholders regarding the halt in growth. The company justified the issue stating that the root of the problem was that users shared their password with non-paying viewers.

It was hinted at a possible strategy to minimize the harm caused by free riders through new paid sharing plans, currently implemented in Chile, Peru and Costa Rica.

It’s no secret that the market for streaming in the latest years has been pretty much saturated: Prime Video, Disney, Apple, Hulu are among the biggest; it is now harder for Netflix to penetrate new markets due to their presence, and many users may choose to switch no newer platforms or those that satisfy their needs best.

It’s relevant to remember that Netflix also had to cut the service in Russia because of the war against Ukraine: this factor contributed to the negative figure.

However, Netflix still counts 221.64 million subscribers, a figure that is predicted to grow in the long run.

As Russian forces attacked Ukraine, the country was also target of a campaign of cyberattacks.
In the weeks leading up to the Russian invasion, several of Ukraine government department and bank websites were taken offline and data wiping malware was unleashed on government systems.

The physical attack to Ukraine may have been surprising, but the cyber-attack was not. Cyber weapons have been used against Ukraine for years. Paul Chichester, director of operations at the National Cyber Security Centre said: “Over several years, we have observed a pattern of malicious Russian behaviour in cyber space. Last week’s incidents in Ukraine bear the hallmarks of similar Russian activity we have observed before.”

Ukraine is an appealing target since it has similar infrastructure as most Western European and North American countries, but with more limited resources to counterattack.

Among the latest attacks against Ukraine, there has been a distributed denial of service (DDoS) attack. This type of attack deploys bots flood an online service, overwhelming it until it crashes and blocking legitimate users from accessing. Another recent account entailed Ukrainian citizens receiving fake messages saying that the ATM service had gone offline, causing bank runs, panic and uncertainty.

Cyber-attacks have the potential to wipe out infrastructure, affecting telecommunication services, water and electricity supply. These kinds of attacks can be carried out more rapidly than standard weapon attacks and they can be carried out at a distance. While launching them is simple and inexpensive, defending from them is extremely hard and costly, which is further debilitating Ukraine while it attempts to defend from the Russian military aggression.

Six European countries (Lithuania, Netherlands, Poland, Romania, Croatia and Estonia) are supporting Ukraine’s cyber infrastructure and are sending cyber security experts to give assistance in dealing with this threat.

Although Russia successfully evaded most responsibility for the cyber-attack, its history of destructive cyber-attacks in Ukraine is currently rising more concerns about future cyberwars. This should alert private and public entities, who should update their security protocols, deploy new tools and enhance their processes.
The private sector in particularly may be unprepared and vulnerable to disruptions.
To prepare for cyberattacks and to minimize potential damage companies should:

Cyber-attacks are not confined to national boundaries, and they could become global due to spillover effect. A global cyberwar would shut down many sectors at the same time, due to the interdependence of critical infrastructure sectors like communications and electricity.

Furthermore, there can be serious financial ramifications: the insurance market is already experiencing problems in pricing protection against them. Perhaps it is time for more government intervention in the area.

While the conflict is still evolving, cyber operations do not seem to be playing a decisive role on the battlefield. These operations are a form of modern political warfare, not decisive battles and support subversion, espionage and propaganda efforts. With the right effort, well-resourced organizations can properly defend from cyber threats. 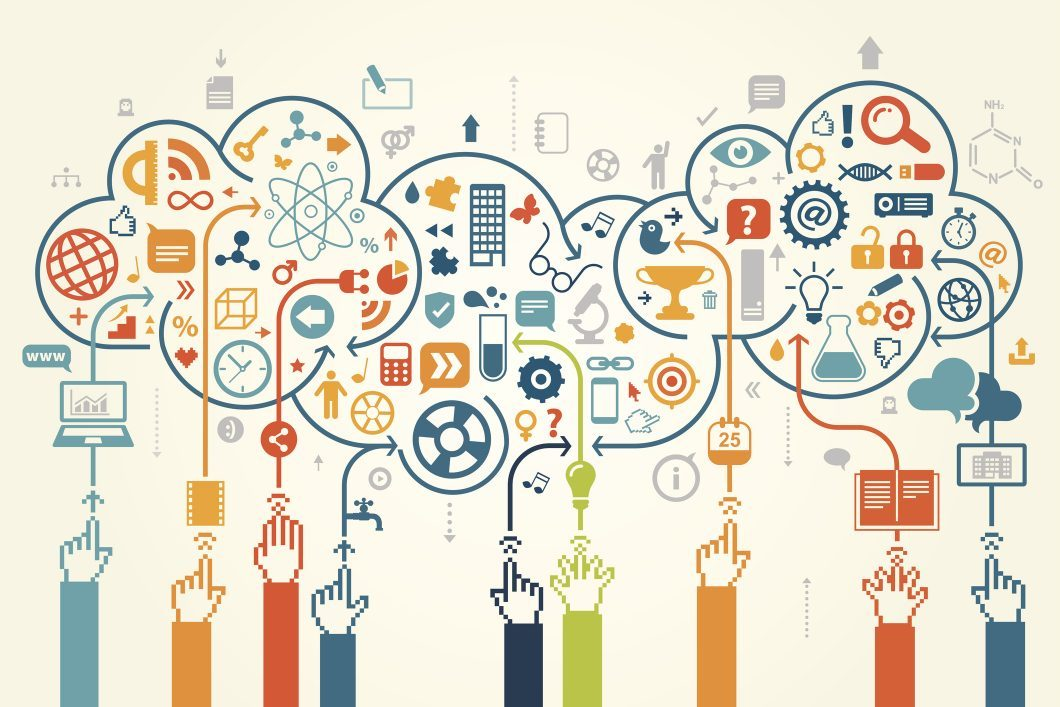 Some well-known examples of such technology include workSmart gloves, driverless cars, and robotic arms. One particular revolutionary assistive technology that should be highlighted is eSight! It consists of electronic glasses that were recently released and allow the visually impared to “see”. Visually impaired students traditionally use a combination of braille, audio books, and talking calculators as assistive devices in the classroom but eSight is hoping to add their revolutionary glasses to that list of solutions. eSight claims that the electronic glasses let the legally blind actually see, without the need for any surgery. In particular the glasses contain a high-speed, high-definition camera that captures everything the user is looking at, and then algorithms enhance the video feed and display it on two OLED screens in front of the user’s eyes, in a format that is palatable for the eye.

This could obviously revolutionize the classroom experience for visually impaired students. Thanks to advances in assistive tech, these students can now view the board from any seat, easily read from books, tablets, and computers, move independently between classes, and participate in on and off campus events, which is truly remarkable!

Soon we will hopefully see more integrated technology and  hopefully a more inclusive and better world be realised.

During COVID-19 pandemic, technology is playing a crucial role in supporting people’s daily activities whose realization would otherwise be compromised. However, one of the most powerful contributions technology is having is in the health sector. In particular, the pace at which the virus has been spreading and the similarity of symptoms of this infection to those of influenza and other diseases make it hard for physicians to diagnose, isolate and control the positive cases. Artificial Intelligence, and in particular deep learning, come to assist the healthcare system by providing tools able to detect COVID symptoms which are not discernible at human sight.

A study published in August on Nature Communication shows how it is possible to employ deep-learning techniques to classify, with high levels of accuracy, COVID-19 pneumonia, distinguishing it from the very similar influenza-associated pneumonia, in CT (computed tomography) scans. The algorithm, trained on a multinational dataset, is actually able to identify positivity to COVID-19 even on patients showing early symptoms.

However, scientists were able to do even better. Since the outbreak of the pandemic, several organizations and universities across the world have collected huge samples of cellphone-recorded forced coughs – such as the ones you let out when the doctor asks you to cough while listening at the stethoscope – and spoken words in order to build a model to detect infections. Indeed, the sound of cough is influenced by the conditions of surrounding organs, so even a very short recording could provide insights about vocal cords strength and lung performance, the latter being crucial for COVID-19 detection.

And, at the beginning of November, MIT researchers announced they finally developed a model recognizing COVID cough from forced cough recordings. The revolution brought by this discovery is the fact that a properly trained AI could extract up to 300 distinct features from the recordings and, thus, isolate even those patients who would be considered asymptomatic by a human doctor, who is only able to analyze 3 to 5 features of a cough. In particular, the model analyzes four main COVID-specific biomarkers (vocal cords strength, sentiment, lung performance and muscular degradation) from the recordings. Researchers trained their already existing Alzheimer’s disease AI model on the largest cough dataset, made of more than 70,000 recordings. The final version of the model correctly classified 98.5% of positive COVID coughs, including all the asymptomatic patients.

Despite the extremely positive results, this AI will not be used to perform an exhaustive diagnosis for COVID-19 infection. The next step for MIT researchers would be developing a COVID app which people could use on a daily basis to make a pre-screening, hoping this will help control the spread of the virus.

On July 29th the leaders of Amazon, Apple, Facebook and Google (namely Jeff Bezos, Tim Cook, Mark Zuckerberg and Sundar Pichai) were summoned to Washington to testify at the US House of Representatives’ Antitrust Subcommittee. There, Democrats and Republicans confronted the executives for using their market power to crush competitors and to gain sky-high profits, data and customers.

The main goal of the hearing was to determine whether the companies have too much market power. To do so, the subcommittee members presented millions of documents, including some once private messages and emails of the CEOs, which highlight how the tech companies have become too big and powerful, how they threaten rivals, consumers and, in some cases, even democracy itself.

The heads of Apple, Amazon, Facebook and Google weren’t completely prepared for serious, on-topic questions about their operations. Let’s see more in detail which questions were asked to each CEO.

Apple CEO Tim Cook was accused of using data collected on the AppStore to see which are the most downloaded apps. After doing so, Apple creates a new app which is nearly identical and eventually, deletes the competitor app from the AppStore to get more downloads.

Among the several questions asked to Google’s CEO Sundar Pichai, the most relevant ones regard the manipulation of the research results on Google. Google is accused of showing Google’s partners’ websites as first results. Furthermore, Google was said to be guilty of stealing content from other websites. This is what happened with Yelp, whose restaurant reviews were ”stolen” from Google. As soon as Yelp complained, Google threatened to no longer show Yelp in its search results.

Sundar Pichai was also asked about the control that users have over the use of their information, given the fact that users have no choice in sharing their personal data, just like with Facebook.

The main allegation to Amazon is having so much market share (47% of US e-commerce) to force any seller to sell through its portal. Thanks to its power, Amazon can force small suppliers out of businesses by making similar products cheaper than they could. Bezos said that this behavior is against Amazon’s policy, but he also said he could not guarantee that the policy had not been violated.

Mark Zuckerberg was questioned about its apparent support of disinformation as a way to make money, but the main line of attack against Facebook was highlighting the wat it has bought rivals to secure market dominance, for example WhatsApp and Instagram.

The ultimate goal of the House Subcommittee on Antitrust is producing new antitrust legislation, which is obviously not good news for the tech giants. The hearing marked a significant milestone for the House’s investigation, but we are still far from the finale. The next step will probably be the Subcommittee’s final report, which will be released sometime in August or September.

Do you think Big Tech companies have become too powerful and should be broken up? Let us know in the comments.